The Pirate's Rally & The Insider's Call

Ladies and Gentlemen, welcome to another round of madness by yours truly.

Well... I'd like to add a little spice to it.
Let's say, a touch of Insider Trading.

But before we go into it, let me first introduce you
to another word I added into the ZF vocabulary: 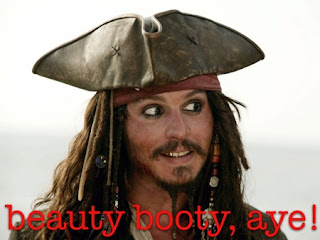 The Pirate's Rally is a parlay between market captains with no real
insider buying, sometimes coupled with filthy rumors set
to trap them newbie's gold.

The "PR" only happens to 3rd-Liner or Notorious stocks
that have been on a steady, long, downtrend.

So Just to be clear: A PR is not a ZS.
But they do have things in common.

Now, on to the exciting part...

Normally when a PR happens the stock gets attention, but dies in the succeeding weeks or even days - A classic tale of hype and dump, and giving them poor newbies a free trip to good ol' Davy Jones' Locker.

But when an Insider's Call is in the works, instead of dying, the stock holds its ground, consolidates at the highs, and at some point in time releases a magical disclosure or rumor that rekindles the candle of hope found in the deep crevices of the hearts of those long term Ipiteros a.k.a "Investors." 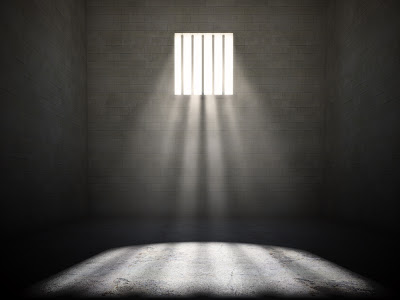 "ahhhh that light of hope"

Take this for example...

CAL is one notorious stock for Market manipulation.
Majority of the traders and investors out there will give a big "NO"
if asked if they were to ever buy and invest in CAL.

But a few weeks back. A pirate's rally happened.
Now I want you to look at these transactions
and dates they were made: 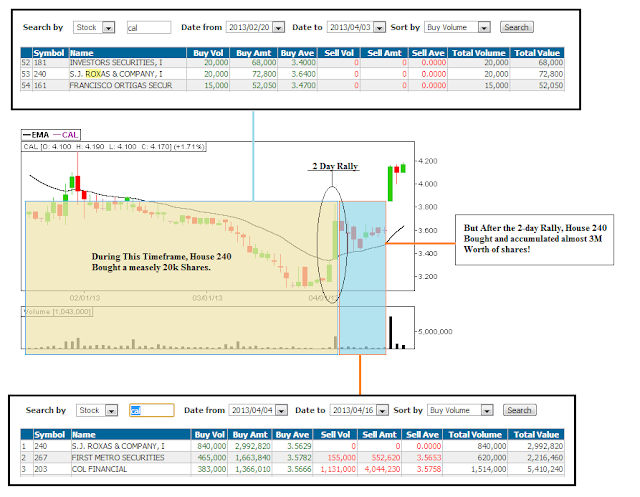 Then Wednesday (4.17.2013) came and CAL announced huge dividends!
(And with it, the cry of hope a thousand CAL ipiteros was heard.)

"SJ Rox you lucky bastard!" Some might say.
But nooooooooooo!

I'm assuming something like this happened
the day after that two-day pirate rally: 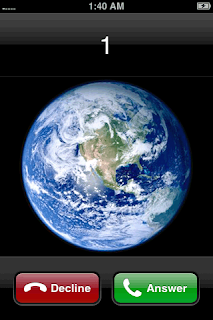 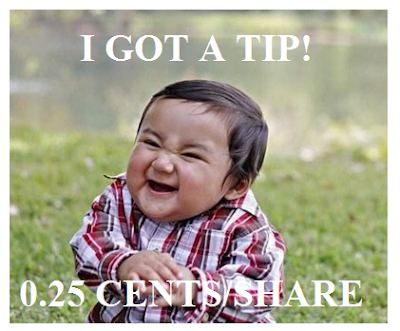 And thus the term,

I know it's lame.
Deal with it!

All stocks whether blue chips or 3rd Liners have their own set of insiders.
You just hafta identify which houses they use or if there are any
fishy players disturbing the "peace."

On 3rd Liners however, Insider Calls can be easily spotted.
When you see "buys of aggression" on the board, assume that
somewhere,  somebody's cooking a pot of profits and you might want to join in
- of course you hafta weigh the odds before you get in at
whatever price that stock is currently at.

Just think about it...

Who in their right mind would buy trash?
(especially when they buy in big amounts) 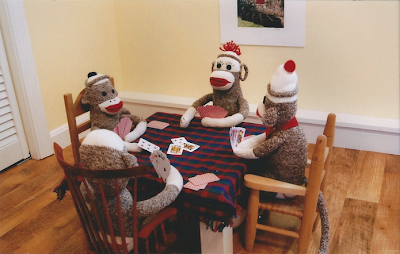 It's really OKAY to play with the monkeys.
Just make sure you don't end up holding
the pile when the game ends. 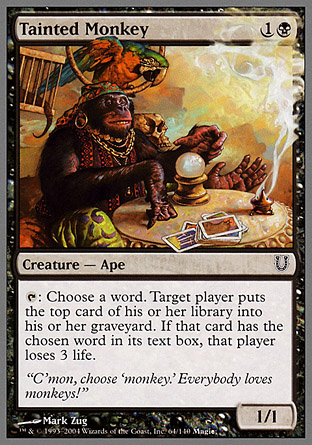 Of Course, I could be wrong.
Pagkat ako'y isang hamak na manghuhula lamang.