The Superman Effect and thoughts on Maximizing Profits

I've sold all my ALCO shares on those two ports as my trailing stops were hit. Average sell for both accounts were near 1.35 - it's a bit tough to sell when you've got conviction volume that could influence the market Up or Down. The high for the day was at 1.67

One person was asking me why I wasn't able to maximize my gains by selling everything at the 1.5-1.6 levels.  I told him...

Who would have known that 1.67 was the top? No one can consistently predict and trade the tops and bottoms of the market. If you were able to sell all your ALCO shares at 1.67 successfully based on your gut-feel, then good for you. But would you be able to sell at the tops on the next trade? And how about the one after that?

As human beings, our emotions will most likely be consistently inconsistent, which can lead to flawed trading decisions. But a trading system, with constant practice, can be consistent.

You know that feeling when you have successive bad trades and you feel your confidence levels drop? It's a terrible state and  sometimes you'll find yourself stuck in what we call makabawi syndrome. But you know what's equally terrible? 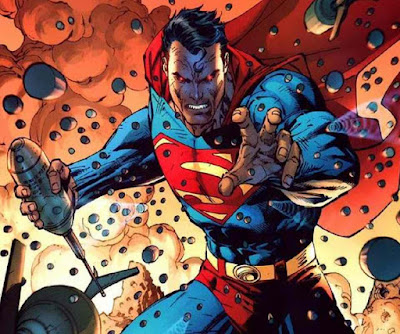 This happens when you've "hit the jackpot" by winning several or few trades with conviction and you gain some sort of high - you feel like you're indestructible, that you'll be able to replicate your trophy trade on to the next one with ease. There's some sort of immense control you feel over the markets as if it would do your bidding.

You execute trades that are high risk because you feel like you can take the punches. After all, you've gained a good buffer of gains to offset potential losses.

And you know what the worst part is? When you come to a point that you've lost all your gains because of over trading and you don't realize that you're slowly transitioning into the Makabawi Syndrome.

So after selling my ALCO positions, I decided to impose a 24-hour purge and trading ban in my port to be damn sure I won't get high with my profits and go Superman! I sold all other positions and I've decided not to think of the next trade (if possible) and just relax my mind.

Always remember, don't trade when you're excited or fearful. If you're under the Makabawi Syndrome or the Superman Effect, purge until your emotions are at Zen - and you won't be able to do this if you're still holding existing stocks, following your favorite guru, or that noisy facebook group, and that useless subsrciption.

Trade when you are ready. Body, Mind and Soul. 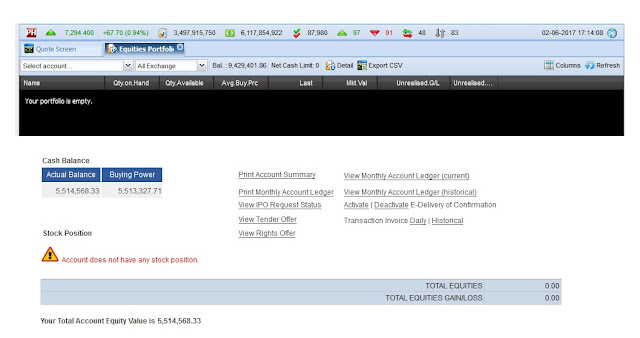 3.X M in 4 days. Not sure how much I gained exactly too lazy to compute right now.