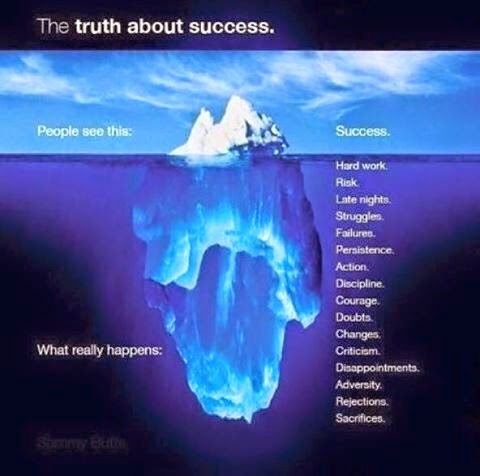 In the quest for financial freedom,
everybody starts somewhere.

This is my story.

I knew there was money in stocks. But I had this mindset that
it was just for Rich people. And I don't come from a rich family.

I was a graduating student.
The words Job, Money and Future were always a point of pressure
to me. I was waiting for my internship, and going abroad was the
most 'sensible' course of action for everyone that time.
Even now I guess. Maybe that's just our culture.

While waiting for my internship, I remember I had an online
trading/investing account my brother opened for me on 2006.
And I thought it would be such a waste for my internship
money to just sit there and rot with me.

So in the last quarter of 2010 I decided to try out stocks.
Making extra money on the side wouldn't hurt right?

I started my search.

I was like sponge and believed almost everything the 'experts' said.
I never missed reading the business section on the newspapers,
and I followed almost every forum personality that was known
to be an expert in their field of the markets.

And because of this, I was able to ride a few good stocks.

Behold the RSA Plays of 2010:
(Click Images to Enlarge)

"So this is stocks." I thought to myself.

The feeling of making money out of money
in just a short amount of time was magical.

I felt like I could conquer the world. Finding a job?
Who needs one if you can earn all you want in stocks.

Of course I needed to Graduate first. There's that unspoken rule of
Philippine culture that you need to graduate so people would know
you're worth something when they see your diploma hanging on
the sala wall. And of course to make your parents proud. 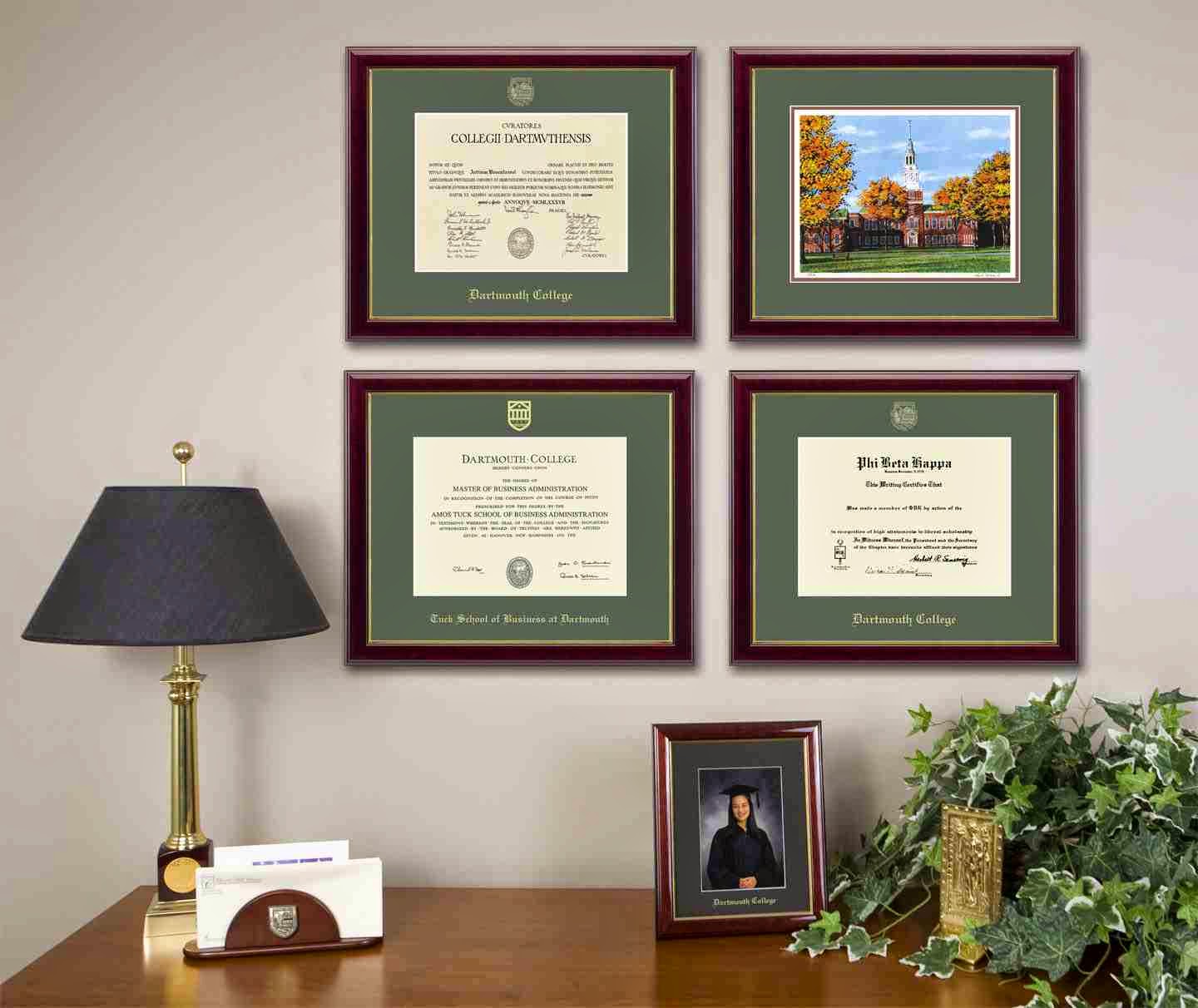 But after these plays, I started losing.

I realized that I was just lucky. Beginner's luck? Maybe.
But the little gains I made from my jackpot trades
were enough to start a passion for Trading.

Fundamentals, Tips, Rumors, Techs.
This was my order of priority.

I guess everybody starts out as a fundamentalist wannabee.
We always want the 'sure thing.'

"A solid company that has lasted for years, A strong balance sheet,
A good track record, etc."

"Only a dumb person would ignore these numbers."

So who wouldn't buy that shit? I don't like reading books.
Especially doing computations. I'm too lazy for that.
So I figured it would be easier to have the experts do all the work.
Give them a day or two, and they'll show you
everything you need to know.

Heck! There's even tons of stocks fundamental research
material out there if you know where to find it.

Whenever a friend would start asking about the stock market,
I would immediately find myself trying to mimic
how and what the experts say. 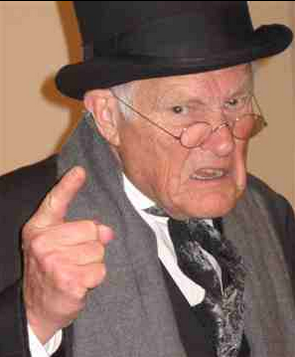 This is how I imagine myself whenever
I attempt to explain fundamentals.

I've held on to many fundamentally sound stocks and ask my self
"why the hell am I not getting enough?" or
"why are these solid stocks going south if they're THAT SOLID?"

"Has the world gone mad? With all that available information, we get THIS?"

There's nothing wrong about fundamentals. But I think it's only
good for those with lots of cash and time. Like... you know,

I don't have that.

Have you ever had a known and respected market personality give
you a tip? Or perhaps a juicy rumor about a certain stock that's
"about to explode?" How about market buddies who tell you
they've got real inside info? - you know, disclosures that
haven't been properly released to the public.

Who wouldn't want to be ahead of the markets?

And because of this desire, I immersed myself in looking for
allies who knew something about the insides of the market.

At some point, I even became a hardcore, blind follower of some
market gurus - to the point of going "All In" on whatever
stock they say is good.

In the beginning, it was good. The feeling of being ahead
of everyone, outwitting even those seasoned players gave
off a different 'high' - that feeling that you're
part of some elite class and society.

But all was just an illusion. 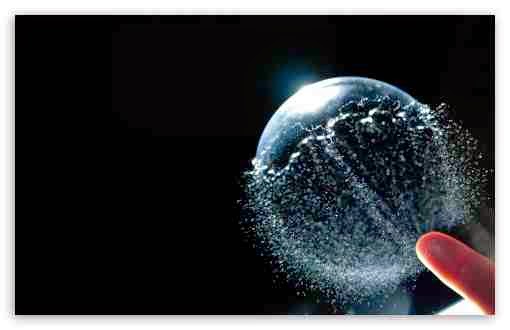 I found myself ahead alright. Losing ahead
and getting stuck before anyone else.

Whether we like it or not, our market has a certain degree of
manipulation, insider trading, front running, or whatever you
may want to call it.

Yes I have some buddies who might have access to these
contraband goodies. But after careful thinking, how am I sure the
info they pass around is legit and not something
fabricated out of one's imagination?
Only God knows.

But I am no God. Nor am I an insider.

This was my reaction the first time I peered into the world of techs.

I hated math and physics. And techs made me remember all those
bitter, cold nights i spent studying in high school and college.
It was like teaching a kindergarten student (me) quantum physics
or some complex math equation because of the terminologies
and other stuff. 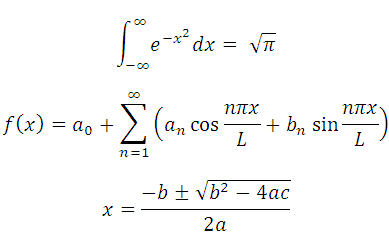 "Dude. Seriously. Why do I see more alphabets than numbers?"

But what intrigued my naive mind the most about techs was the
consistency of profits some people claim to have. I personally
know someone who hasn't touched his retirement money,
built his house and funded his travels, all thanks to
his technical trades.

It was all numbers and patterns. No flowery words that could be
double talk. No lengthy research and computations. No news.
No Jedi mind tricks from market experts and gurus.

I could live with this.
Because all those lenghthy disclosures? 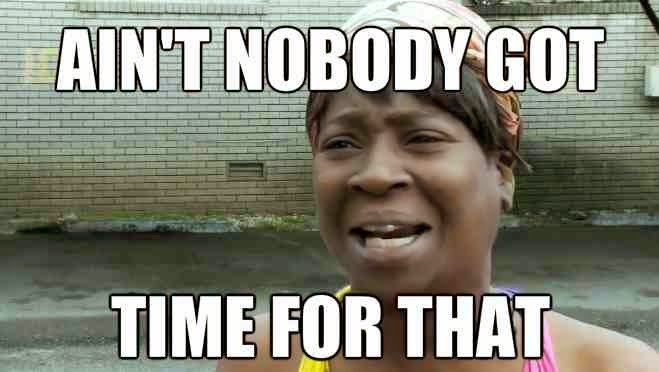 I've been a gamer all my life.
And Gaming was an innate craft I had.
Then I thought to myself,

"This could be a nice game."

But learning the game was a real challenge. I almost gave up after
experiencing many losses. But in the end, as what many gamers would say... 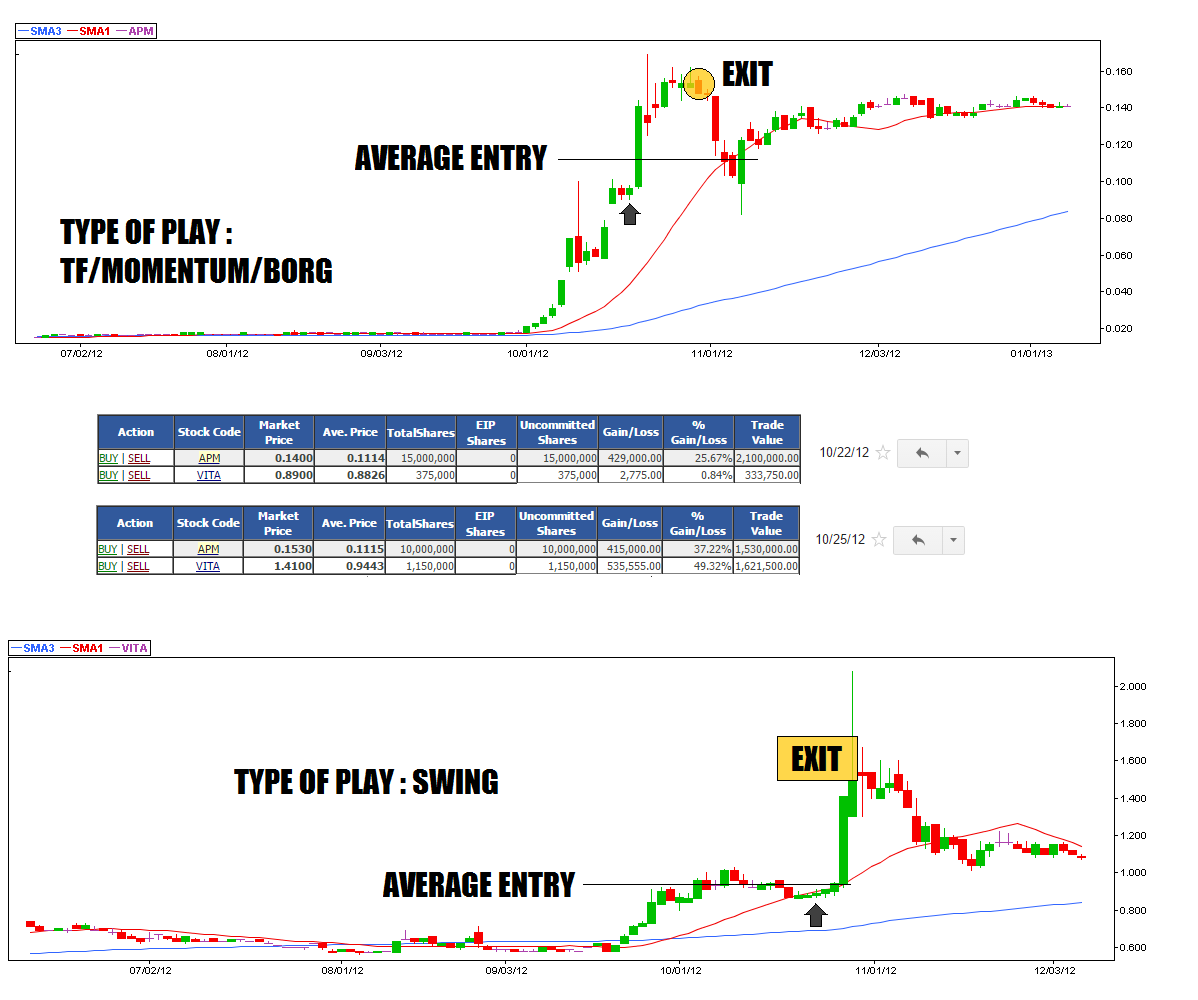 Of Hype And Rumors : NIhao

For the past several days, some friends were asking me about
my take on NI. Especially when NI makes big red candles.

As usual, I would give them the "follow the lines" ,
"when in doubt, sell" and "stick to your plan" answer.

Some were extremely excited because of
some tip and rumor they got.

I don't want this post to be lengthy.
So here's a summary ZF style:

Did I hear about the rumors? Yes.
But did I give a fuck? No.

Don't get me wrong, I love listening to rumors but just for 'entertainment'
and to see which gurung ulols claim to be good with technicals,
but in reality just rely on tips. - I'm sure by now, images of
these gurung ulols have crossed your mind.

So when I'm asked If I want to buy the rumor? 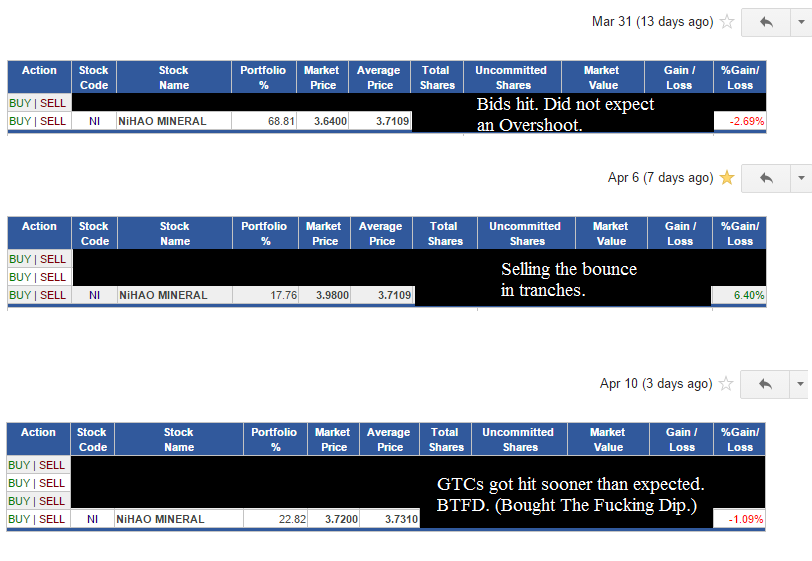 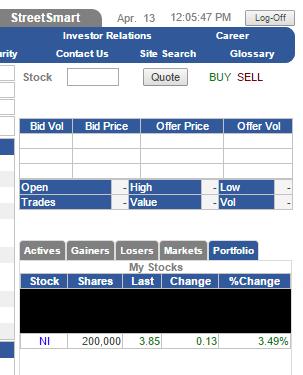 All the entries and exits were/are pure technicals.

Please excuse the language.
(Needed to emphasize my point) 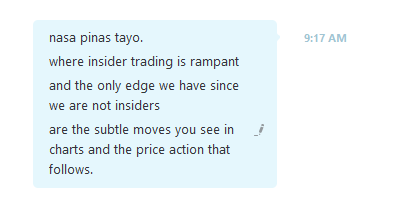 
A few days ago the Tribe found this... 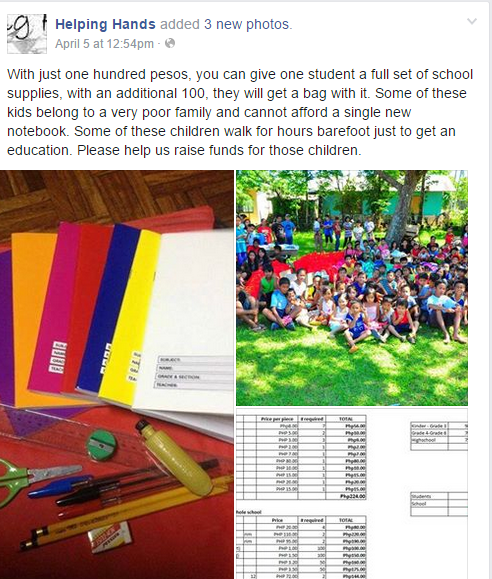 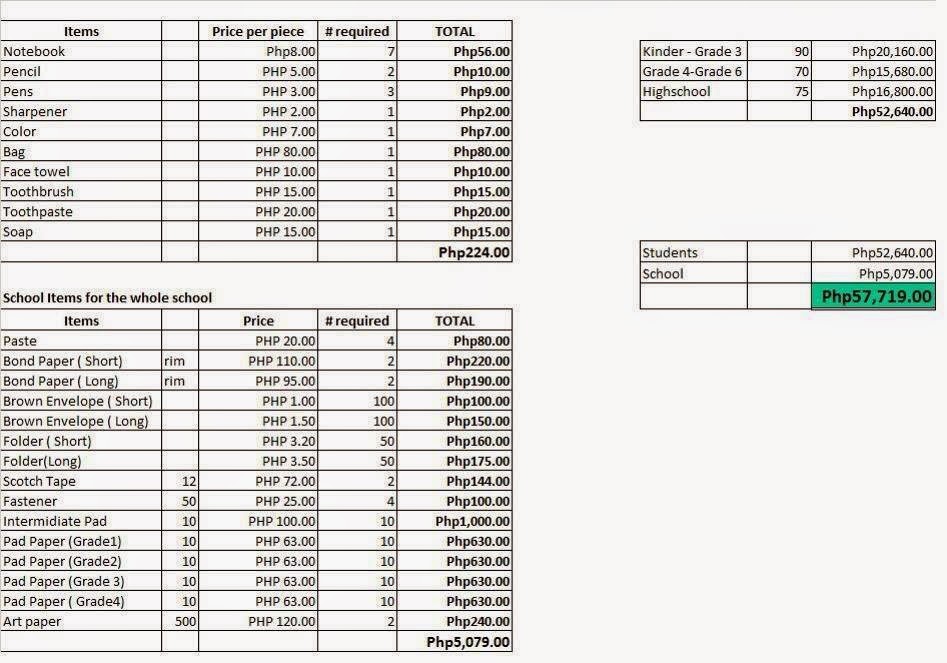 This group wasn't the original 'plan' but hey! Why not right?

Because after checking the whole project budget,
we thought to ourselves,

"If it were my kids, and if it were YOUR kids,
wouldn't you want them to have more?

So, would anyone of you like to be a helping hand?

I heard they will start distribution on May 31st.

Memoirs of A High Risk Trader

I'm sure at this point a lot of you know that I don't do things the normal way. Why stick to the norm if you can do something waayy more exciting and thought provoking?

Aside from all the fun and interesting applicants for batch 6, this Subasta has given me a lot of realizations and things to ponder on.

It's not about the money.

Some people have paid me 0 PHP, some people made me various deals, and yes some paid near a quarter of a million + other deals. I could have made it into a fixed fee. But money isn't what I'm after.
I find people with the right mindset and those I could be friends with, minus all the bullshit.

I am an idealist and I always find the good in people. But I have come to understand that I have to keep things realistic as well. For not all people are true to their word, and some stay by you just because of what you can give them. This was made clear to me on one of my recent batches, where one student who I was so sure of, who I thought would make me proud someday, would betray not just me, but his peers as well.

Money is neutral. But your attitude towards it could be lethal.

One of the reasons why I put out this Subasta for Slots, is to see how people would react. How those who don't know me react. How the public would price the program.

I don't feel pressure when I have clients or students who may be at the 10M-100M (or greater) range in their ports. Whether they learn or take my course seriously is none of my concern. It would make for a good story though.

But what baffles me the most and and gets my pressure points on edge are those who would be willing to shell out half or more than half of their life savings and portfolio money to learn from a complete stranger. Someone from the internet who, could possibly be a notorious scammer.

I'm no Psych Expert but I do know passion and desperation when I see one.

One other reason why I did this Subasta is to have my previous students remember their promise with me. Have you guys started paying it forward? Some applicants have already begun. And their ports ain't even a quarter of what some of you have. Invicta is living proof that you don't need to be rich before you can help. Being rich is a mindset. Be creative. You can do it.

All of the students I've had were carefully picked, and screened. I make sure I like the people that I teach. And for some reason, I'm attracted to those who are desperate, those whose ports have past that -50% capital loss. Empathy? Perhaps. I'd like to be that turning point in their life, for I too, was in that same predicament before - to have lost 70% of my capital in ignorance and blind faith. The pain to lose that much money is close to unbearable. I cursed myself one time and thought of suicide. I thank God for keeping me sane through those times, for there was no one else I could share my pain and shame with.

I started investing way back 2006 and bought AP to be my first stock. Then I started active trading on the last quarter of 2010 during my college days. I never had someone to teach me. I never was able to read those stock market guru books. I'm too lazy for that. I don't even have a proper 'financial' or 'technical' education.

I don't care if people would pass judgment on me. I understand that I'm not perfect. Putting up a fake front and feeding my ego won't do me any good nor will it make me any money. I've way passed the boundaries of giving a f*ck.

All I have is Experience as my mentor. And a God with abundant grace.

If an ordinary person like me was able to make it this far, I'm sure you can too. 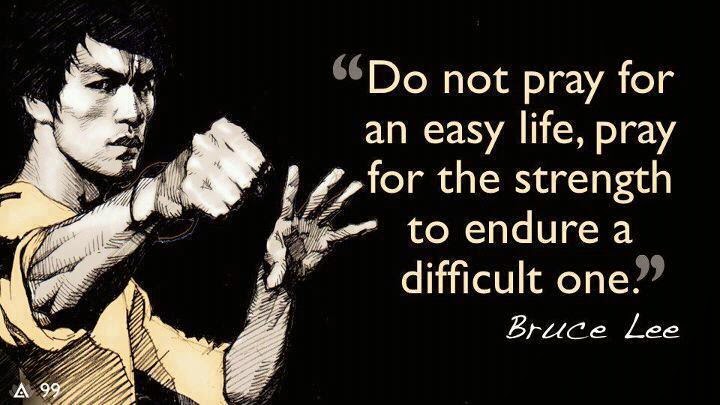